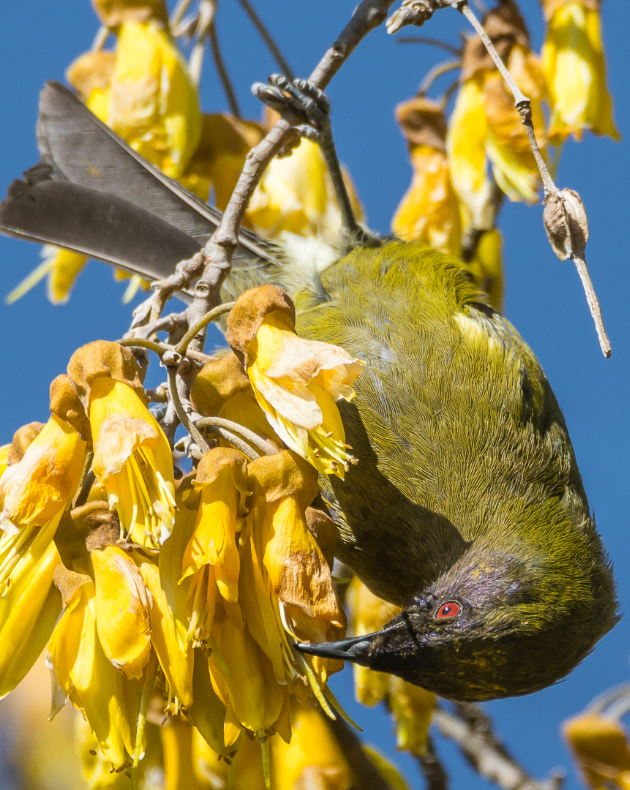 The gorgeous song of bellbirds is a familiar sound in the Kepler forest. They are the most widespread honeyeaters in the South Island, and are also common over much of the North Island. Like the tūī, bellbirds have a brush-tipped tongue that is used to reach deep into flowers to get to the nectar. Bellbirds also feed on fruits and insects.

While foraging for nectar, honeyeaters play an important ecological role because they pollinate the flowers of the many native plants they visit. Moreover, as they feed on fruits, honeyeaters also have a role in dispersing the seeds, thus contributing to the regeneration of the forest in at least two ways: plant pollination and seed dispersal.

Did you know that there are three subspecies of bellbird, which means that the species Anthornis melanura (the Latin name for bellbird) displays geographical variation?

Did you know that bellbirds vary their songs according to the places they live?

The bellbird is named for its beautiful song that consists of three distinct sounds, which are like the chiming of distant bells. Bellbirds from different places in New Zealand have distinct regional dialects. Their songs may vary enormously even over short distances and over time. Males and females of this duetting species also sing different songs, at least during some parts of the year. The song of juveniles is recognizable too, because young bellbirds are still practicing their tunes!

In 2011, a group of scientists used the native plant Taurepo (Rhabdothamnus solandri) to show how bird extinction can affect a whole ecosystem by reducing pollination and eventually reducing plant density (how many plants per area). Taurepo relies on bellbirds and stitchbirds for pollination. Where these birds are absent, the plants are not surviving well... so no birds means no plants. 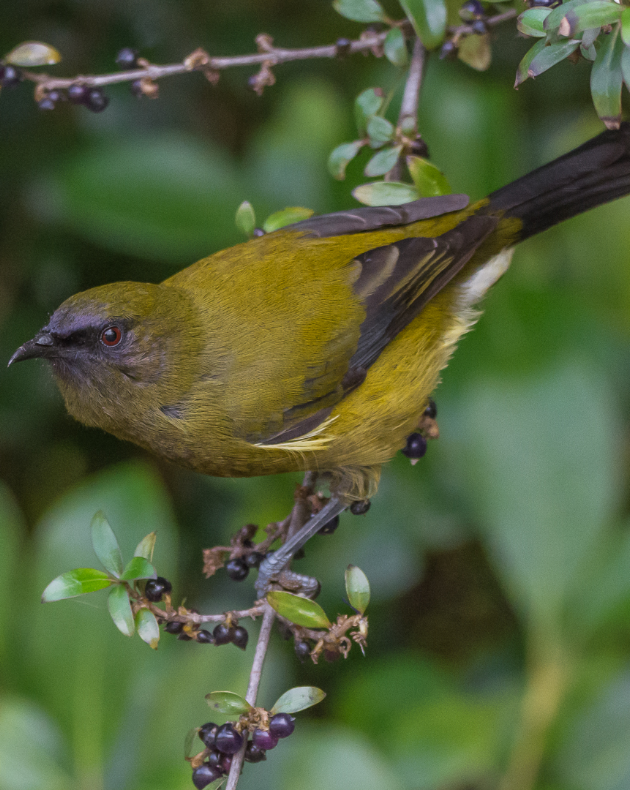 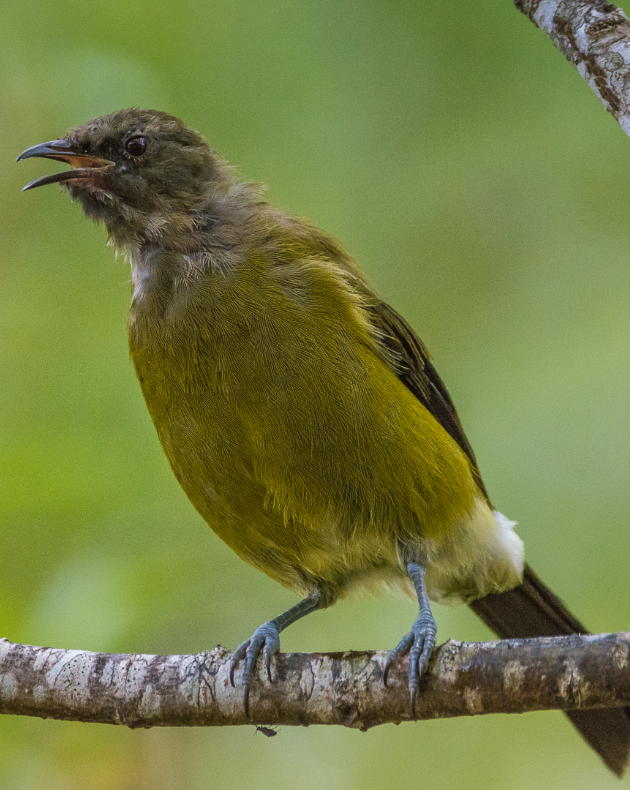 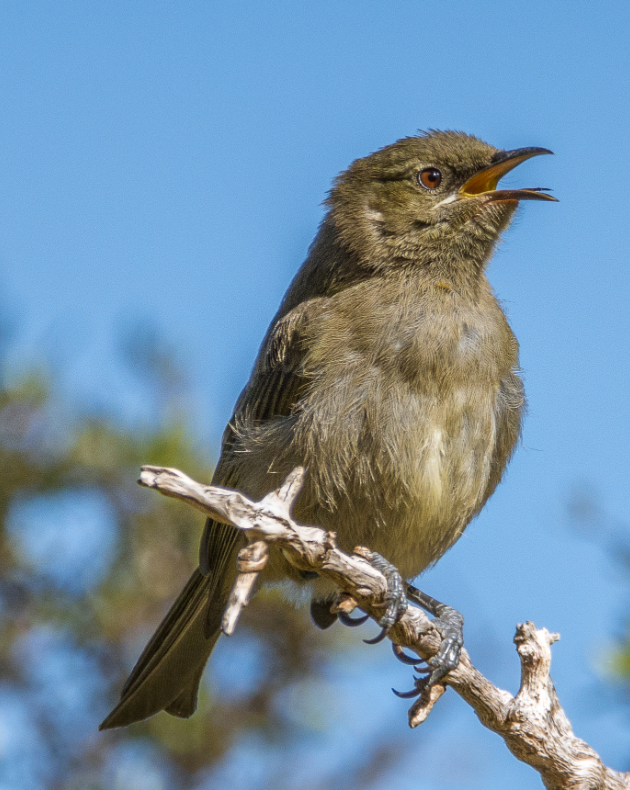