This week's local is an odd one out because you cannot find it in the beech forest.

You might have noticed a floating platform bobbing on Lake Te Anau in front of the Bird Sanctuary. It is a floating nest for the resident grebes, which was put together, with an extra five nesting rafts, by a team of volunteers in 2016.

No one has a really good handle on the number of grebes on Lake Te Anau. Andrew ‘Max’ Smart (DOC Biodiversity Ranger) has seen a few pairs at various locations around the lake.

In New Zealand, crested grebes occur widely in the South Island, but are extinct in the North Island (although occasional 'in transit' birds are seen there). They are found on up to 100 lakes from small tarns to large glacial lakes, with their strongholds in Canterbury and Otago high country. Grebes are rarer and have declined significantly in Nelson, Marlborough, West Coast and Fiordland, but have recently began nesting on the coast in Canterbury, where their numbers are increasing. They forage in a variety of shallow lakes, but require lakes fringed with rushes, sedges, reeds or willows to nest.

The major threats to Australasian crested grebe are human disturbance, predation and habitat loss. Grebes are very timid birds and are very sensitive to human presence. Australasian crested grebes used to nest on shore, but because of grazing animals and human disturbance, most grebes have been forced to place their nests on the water. Loss of eggs through wave action, either natural or generated by power boats, is higher now than in the past.

Nesting on water may also give grebes greater exposure to a natural predator: the eel. Chicks are particularly vulnerable. Predation aside, population records indicate that for young grebes to survive it is necessary to have two or three months of warm, stable weather conditions over the summer and early autumn, together with an adequate food supply.

Did you know that grebes eat feathers by the hundreds? They do so to protect their gizzard (stomach) by pudding the sharp fish bones and to throw out unwanted parasites in the process. They literally throw up a ball of feathers and fish bones every second day!

The two photos of the pair of grebes feeding their chick on the nesting platform were taken at Te Anau Bird Sanctuary on the same day this page went public, and news of the first hatchling reached us. Few days later, the pair left the nest with three chicks, and local photographer and ranger Anja Köhler sent us the other two amazing pics. 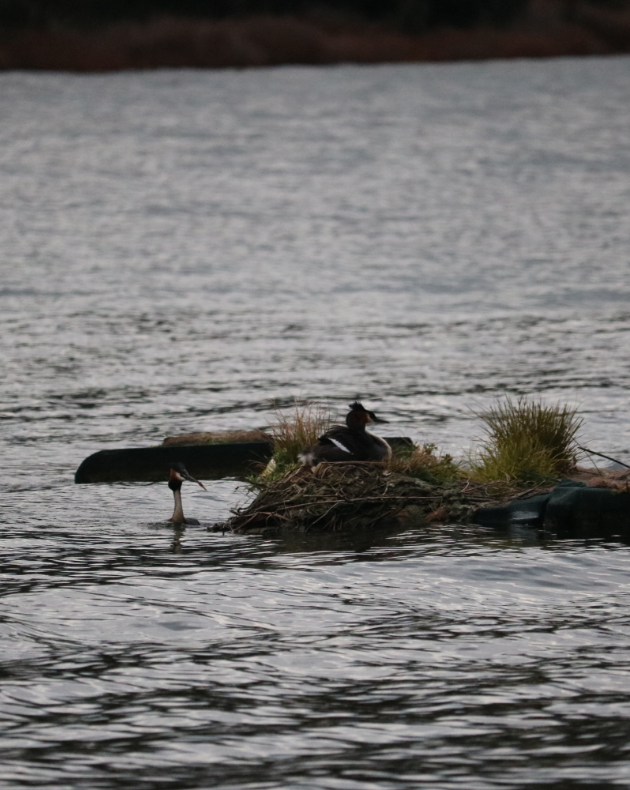 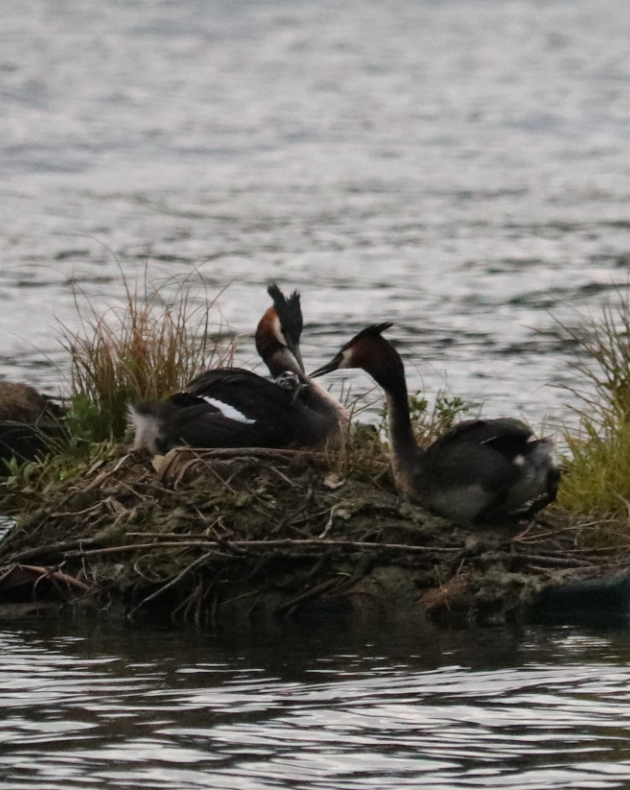 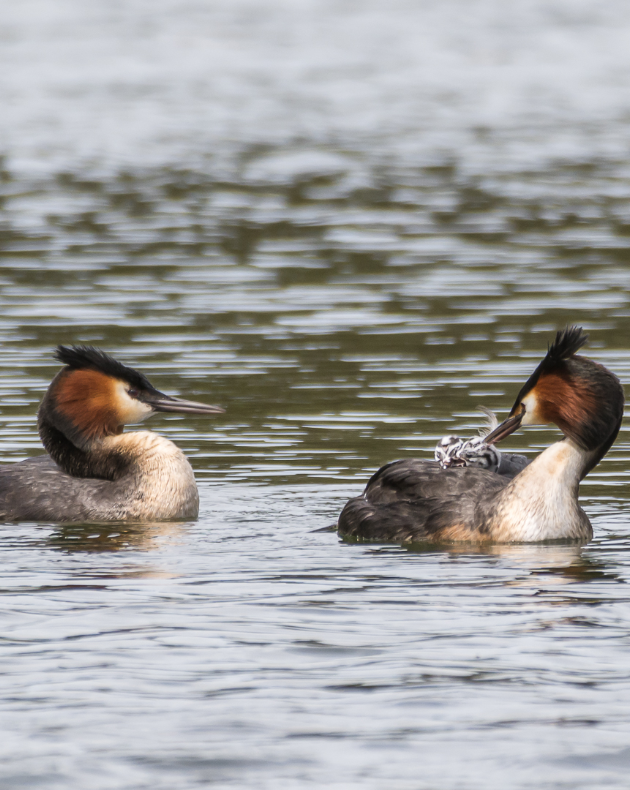