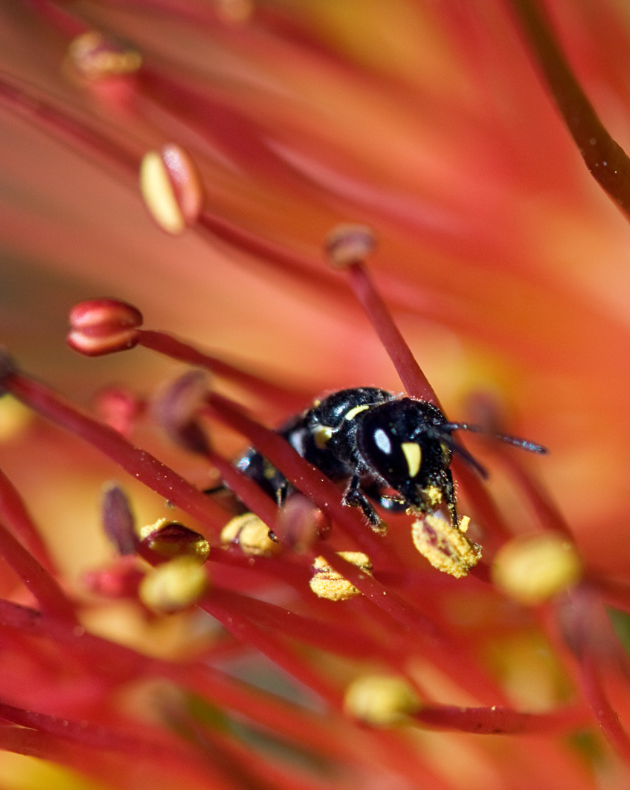 Did you know that some of New Zealand native bees are only 4 mm long? So, you’ll have to look carefully for them because that is about the length of an apple pip!

Most native bees are black in colour and forage on flowers within a 100 metres radius from their home. Adult bees are around from mid spring to autumn and females can lay 3 to 10 eggs before dying. The larva then grows inside the bee hole through the winter. When visiting the Kepler, look out for these little holes in dirt banks on the side of the track.
New Zealand has 28 species of native bees which fall into three different genera (groups) of bees: Leioproctus, Hylaeus and Lasioglossum.
A genus (plural: genera) is a taxonomic rank used in the biological classification of living and fossil organisms.
Leioproctus bees are the most commonly seen. They range from 5 to 12 mm in length. The females of Leioproctus make tunnels in dirt banks which are about 20-30 cm long and they lay 1 egg in each hole. Leioproctus bees are black except for the South Island species Leioproctus fulvescens, which is covered in orange-yellow hair.
The smallest group of bees are the Lasioglossum bees, which grow up to 4 to 8 mm long and are a sort of black-blue colour. They nest in holes like the Leioproctus bees, but several females may nest in the same hole.
Bees in the Hylaeus group are black in colour but have yellow markings on the thorax and head. Their length ranges from 7 to 9 mm. They nest in old flax stalks, beetle holes and hollow plant stems.
Native bees are quite different from honey bees in other ways too. For instance, they do not make honey and they hardly ever sting. They are important pollinators for many native plants including mistletoe, mānuka and kānuka. They are threatened by the rapidly growing number of honey bees which compete for their food, especially the mānuka because of the demand for mānuka honey.
Honey bees are less effective pollinators because they can collect nectar from some native plants without pollinating them, and also prefer non-native plants and thereby help spread invasive species. Pollutants, such as herbicide sprays used for weed control, are another threat to native bees. Luckily though, the varroa mite (which kills honey bees) doesn’t affect native bees.
(Information compiled by Gwylam, Y7 student at Mararoa School. Gwylam has been observing native bees since he was little.
The beautiful photographs of a Hylaeus bee are courtesy of Jeremy Rolfe) 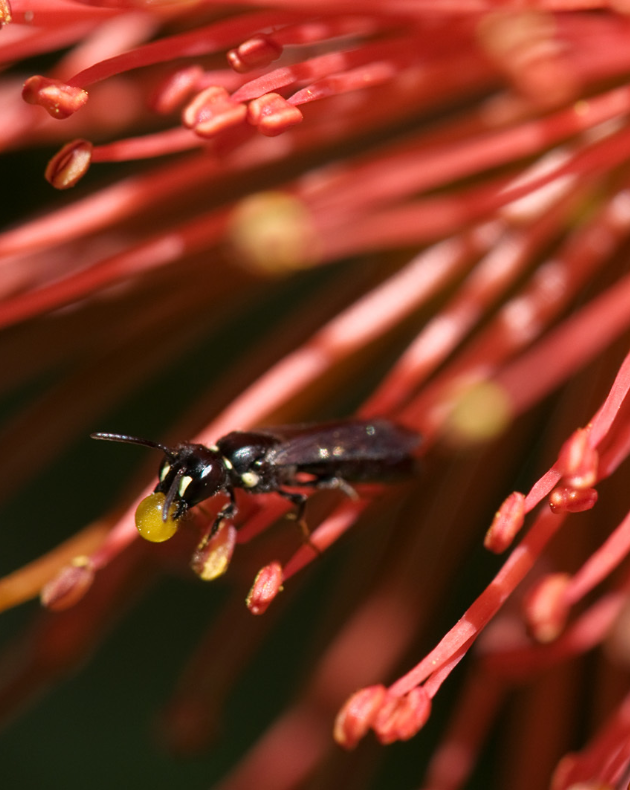 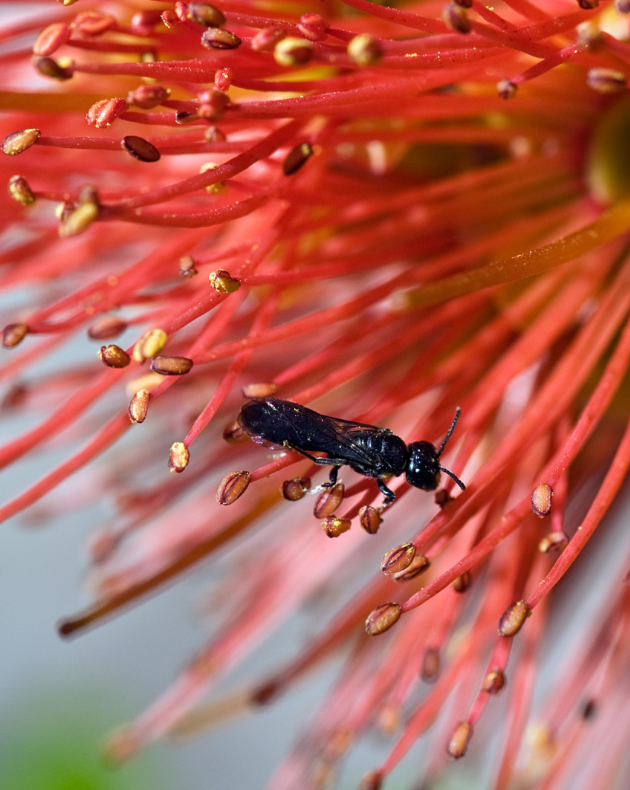 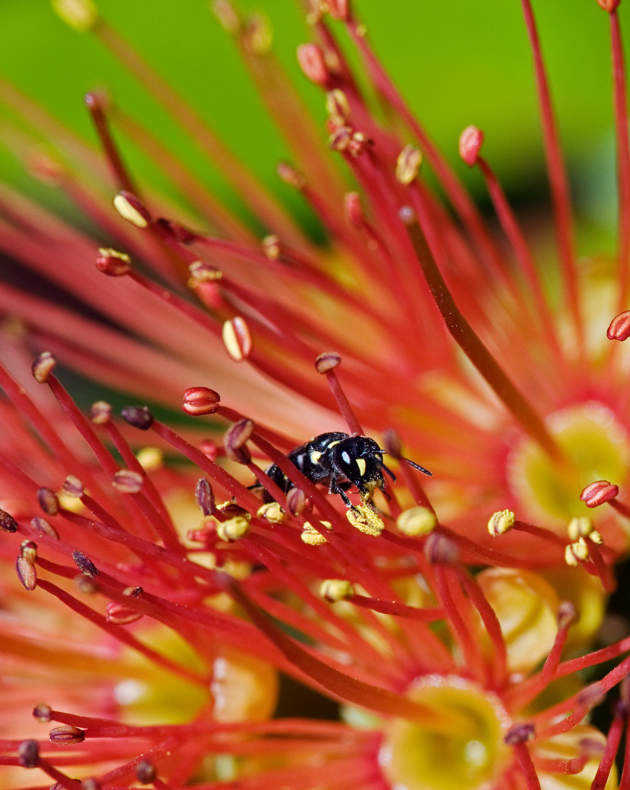