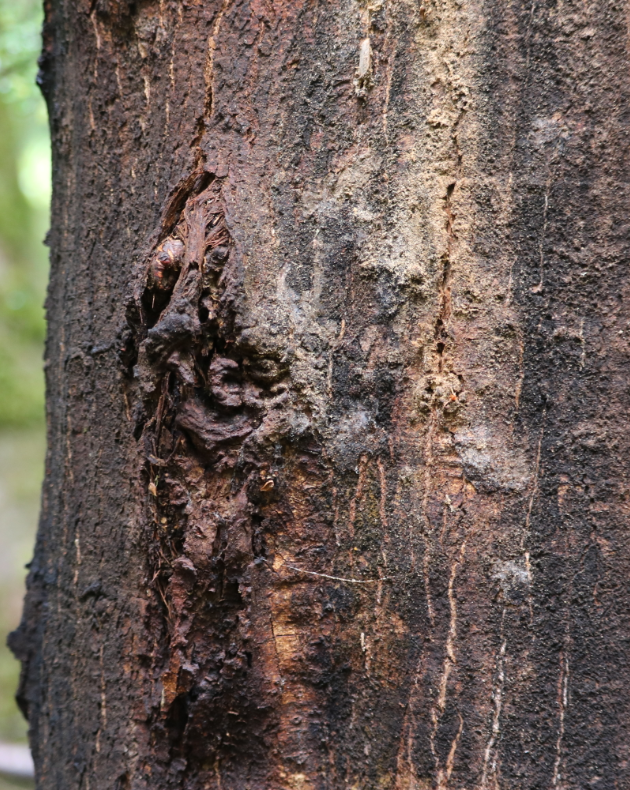 In a year, the scale insects within 10,000 m2 of beech forest can excrete up to 4,500 kg of honeydew. This abundance of sugar attracts a wide range of nectar feeders: tūi, bellbird, kākā, silvereye; many insects (including the introduced honey bee and German wasp) and also a range of microscopic fungi. These include the very visible sooty mould fungi, which grow within the excreted honeydew, forming large colonies and covering trunks, leaves and ground surfaces with a black, velvety coating.

Sooty moulds are a remarkable, but still unexplored group of fungi. Did you know that they appear to out-compete other fungi and bacteria for sugar, and probably produce antibiotics to do so, which could be very useful for medical purposes?

Mould fungi (many different species belong to this group) live off either a sugary substance oozed by the plant, or the sweet honeydew secreted by sap-sucking insects, like scale insects and aphids. Sooty mould fungi are abundant around the margins of rain forest communities, as fungi grow best in warm and damp environments.

The trunks and branches of the trees in the beech forests of New Zealand can be covered up to a height of 9 m or more with sooty moulds. These colonies might be so large that only small areas of bark are visible. Beech scale insects infest all species of beech tree except silver beech. Scale insects, therefore the sooty mould fungi, are particularly common on beech trees at the foothills of the Southern Alps, especially in the northern part of the South Island.

Most fungi are decomposers. Like consumers, decomposers cannot make their own food and must break down dead plants and animals or the waste of other organisms to survive. In doing so, they recycle important minerals returning them back into the soil for plants to grow healthily. Decomposers are the clean-up and recycling crew of nature.

Did you know that in New Zealand sooty moulds have been found in abundance in the guts of some aquatic insects, like the stoneflies, suggesting that they could be an important food source in streams where riparian vegetation (stream banks plants) is heavily infested with these fungi? The sooty mould fungi are an important food source for many animals, including several species of native beetles and moths. In turn, these small insects are food for birds, bats and fish.

A complex food web builds up, and it all began with a small scale insect hidden behind the bark of a beech tree that absorbs sun light... 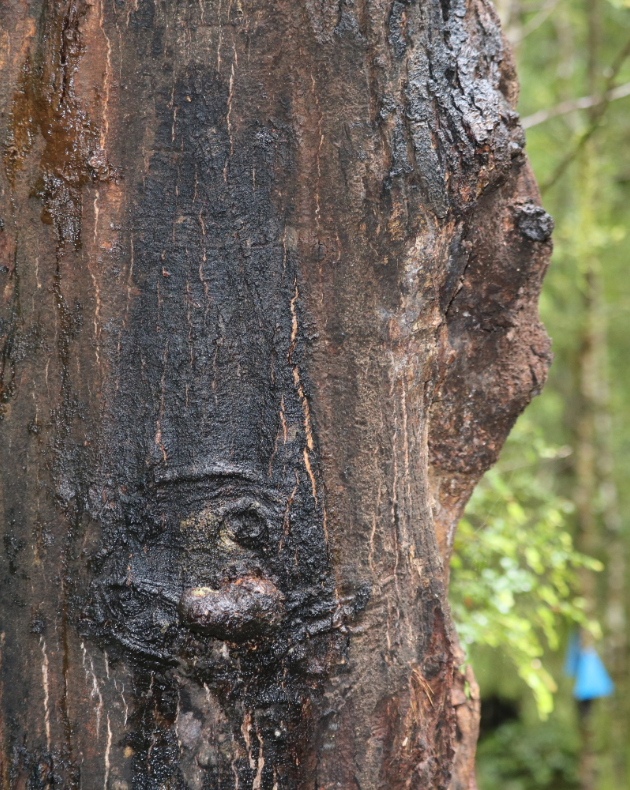 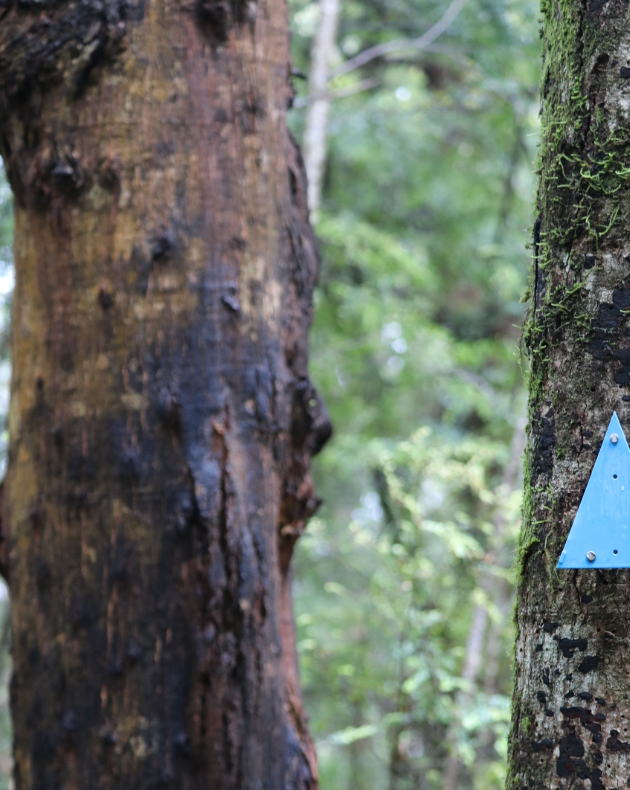 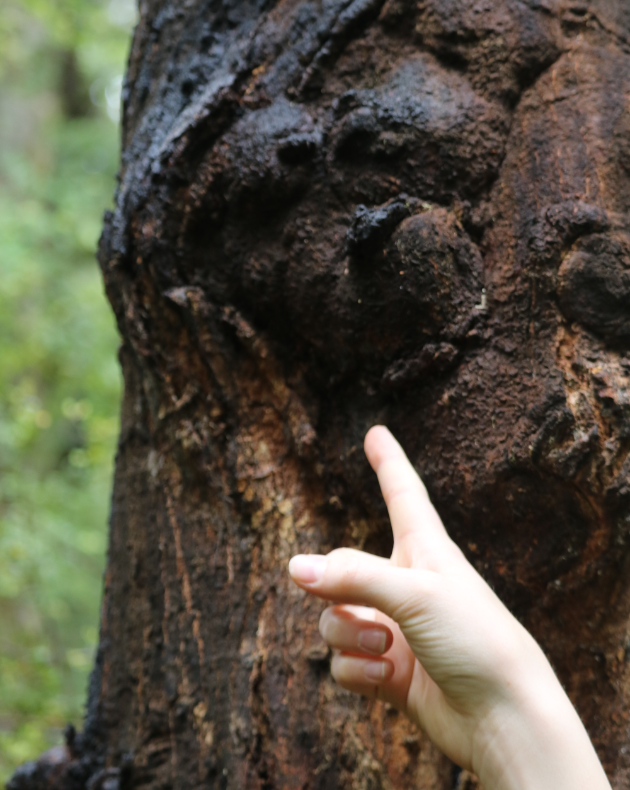 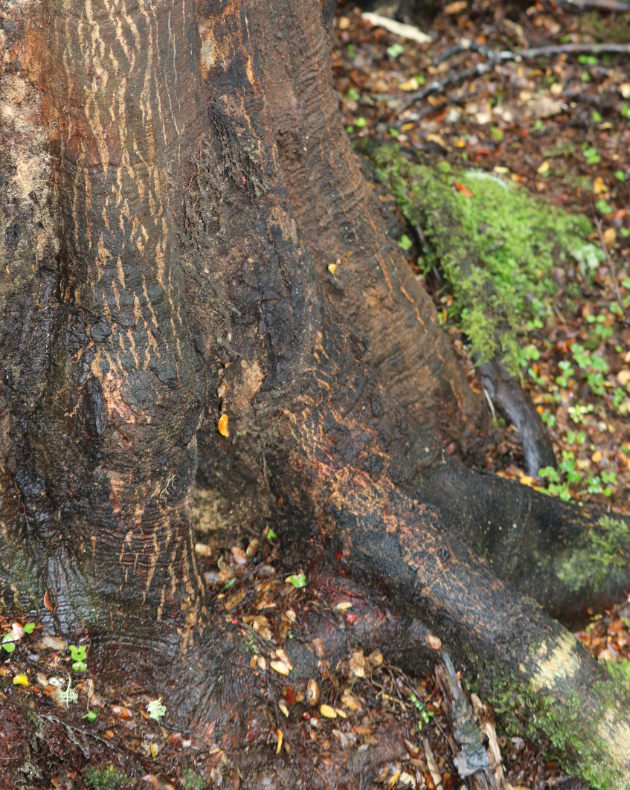 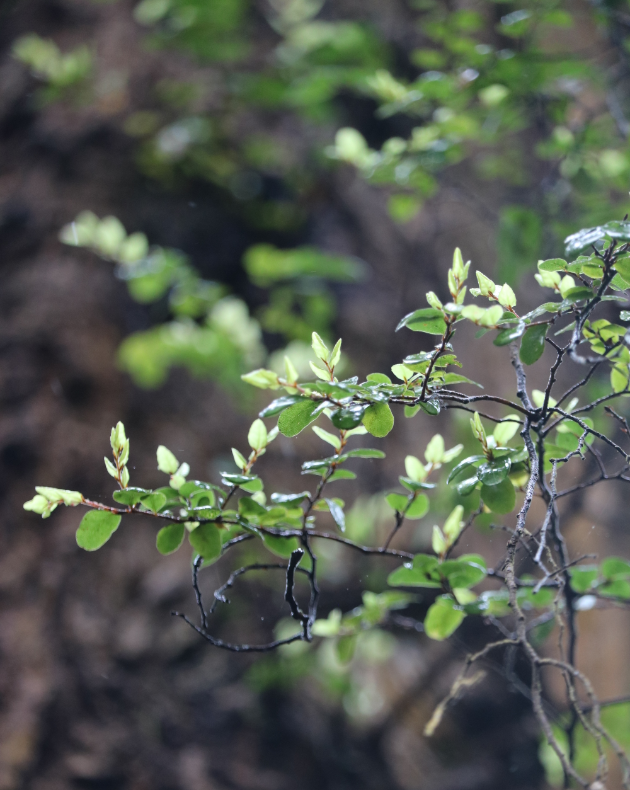 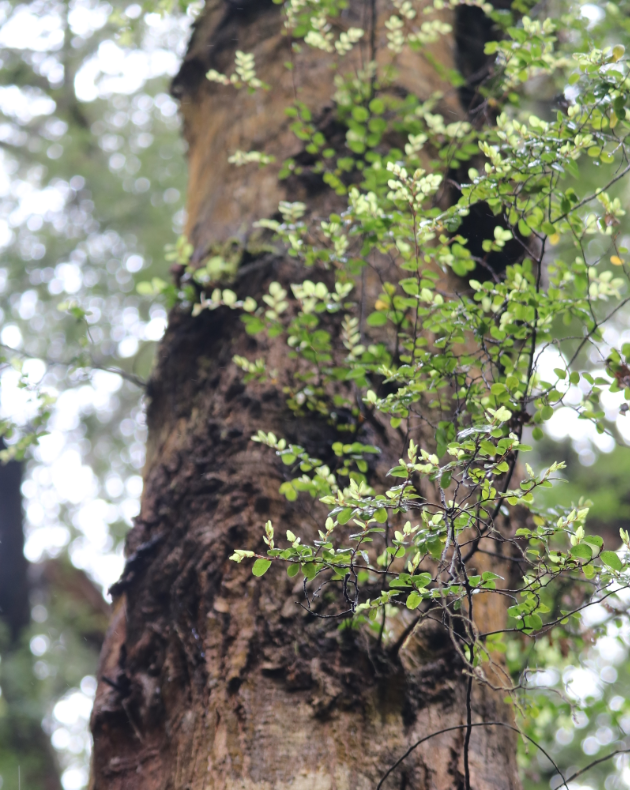