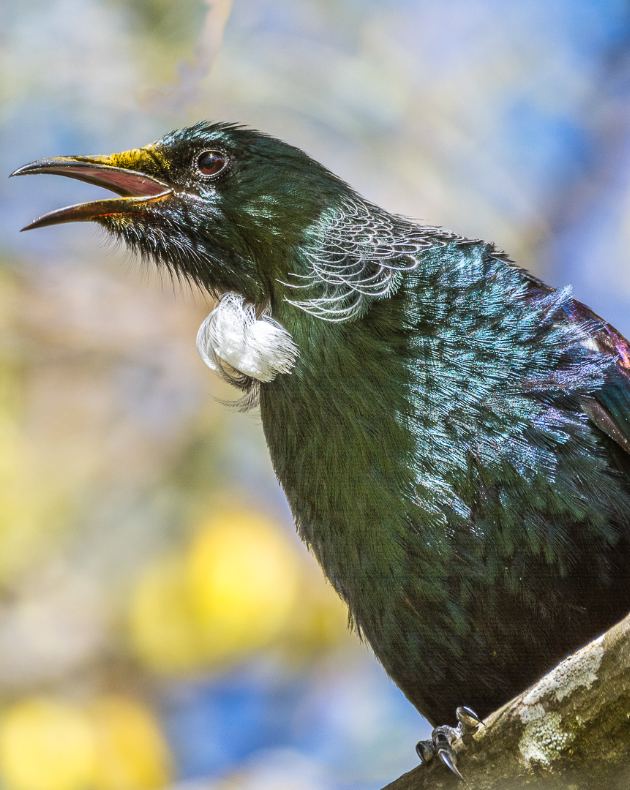 Tūī birds are important pollinators of many native plants, including mistletoes. They are endemic (unique) to New Zealand, but they are not threatened because they are very adaptable and breed successfully.

The Tūī's Latin or scientific name is Prosthemadera novaeseelandiae, but did you know that kōkō is its traditional name? Thirteen Māori names have been recorded for this species, and since Captain Cook’s second voyage to New Zealand in 1772, Pākehā have also used different names for tūī.

Tūī have two voice boxes and display an incredible vocal range, from harsh squawks, clicks and whirrs to bell-like melodies. Tūī mimic (copy) other birds and sounds from their surroundings, including lawnmowers. Part of their vocal range is beyond human hearing (a healthy young person hears all sound frequencies from approximately 20 to 20,000 hertz), so in the middle of a song tūī might seem to fall suddenly silent.

Māori sometimes trained tūī to talk, and some chiefs taught their caged birds complex speeches. To help them speak clearly, their brush-tipped tongues were trimmed.

(Information from: Te Ara, the Encyclopedia of New Zealand)

The brush-tipped tongue is an example of adaptation in honeyeater birds. The brush like bristles and papillae increase the surface area and facilitate capillary action to draw up the nectar (think of a mop). However nectar is only one of their foods. Most honeyeaters also eat insects, and some eat more insects than nectar. Many honeyeaters also feed on pollen, berries and sugary exudates (e.g. sap) of plants as well as the sugary secretions of plant bugs, like the scale insects.

Older, dominant male tūī have notched wing-tips that allow them to beat the air heavily, announcing themselves as heavyweights, thus taking control of food sources, nesting areas or singing posts. 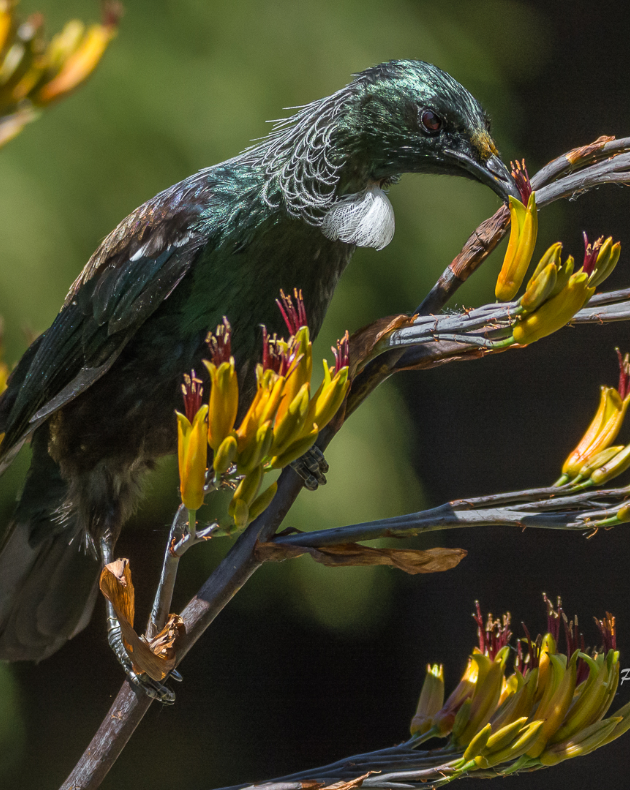 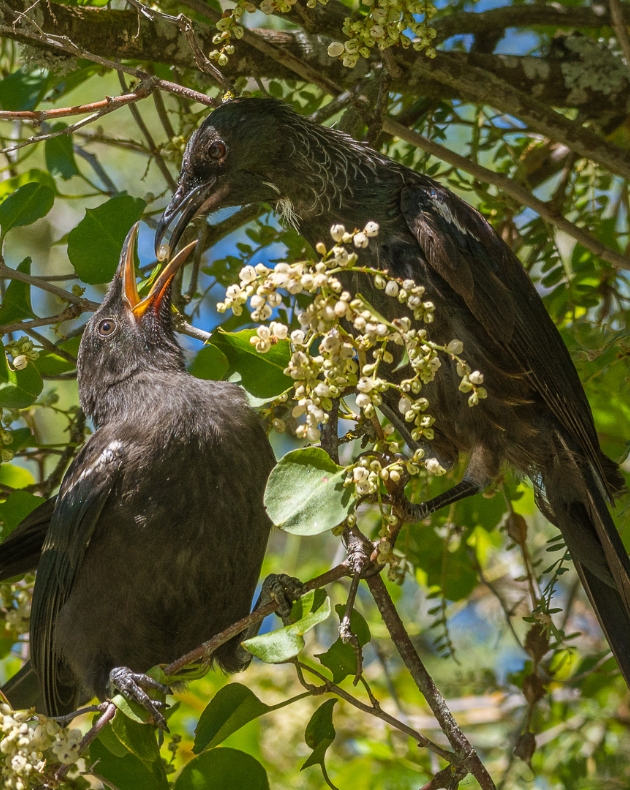 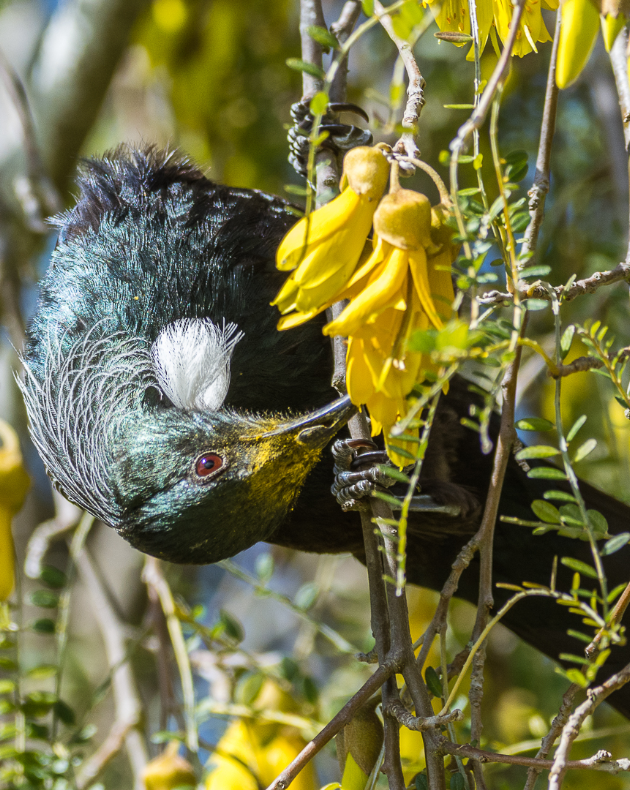