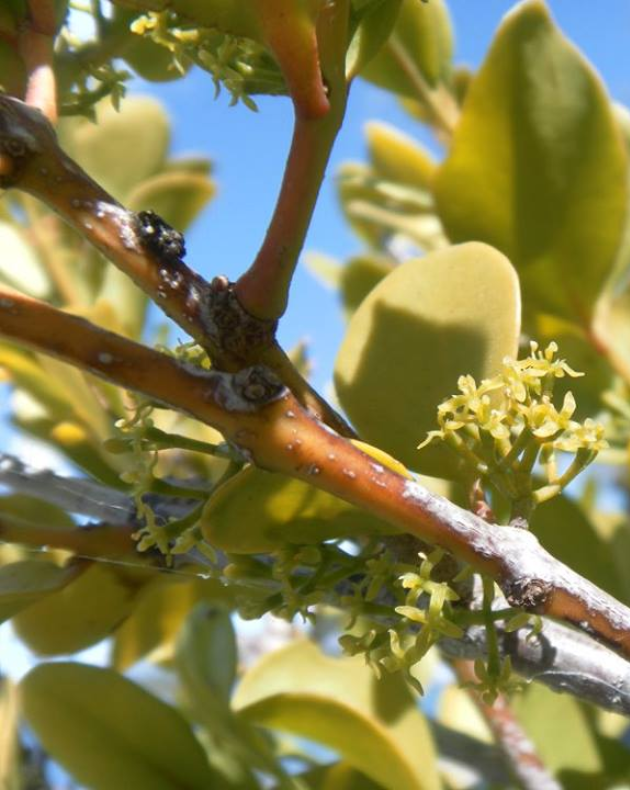 Mistletoe plants have green leaves. Like all producers, they make their food taking the energy from the sun and carbon dioxide from the air but, instead of absorbing water and minerals (nutrients) from the soil, they ‘steal’ them from a tree or shrub called the host plant.

Because mistletoe species piggyback on other trees, they are called semi-parasitic plants (in Māori, pirinoa means parasite); luckily though, they do not harm their hosts.

All three species are in rapid decline because of loss of habitat and pollinators. Red and scarlet mistletoe belong to a group of few plants in the world that have explosive flowers. To be pollinated, their flowers have to be twisted open by native birds, like tūī and bellbirds, which are after the nectar. When twisted, the flower petals spring open and spray the bird with pollen. The pollen is shifted by the bird to the next flowers, which are fertilised to produce fruits (berries). Native birds also eat the berries and disperse the mistletoe seeds when they poo. However, the poo must land on the right host tree for the seed to germinate and grow into a new mistletoe plant.

Remarkably, a couple of tiny native bees also manage to twist open the flowers of the red and scarlet mistletoe.

Children used berries of pikiraki (red mistletoe) as chewing-gum. Berries are sweet and go into a pulp that can be chewed for a long time and taste pleasant enough. Legend says that the pikiraki was the last plant remaining in the kit of Tāne (the god of forests and of birds), who looked at it tenderly and said "I cannot let my last child lie on the ground", and that is why it is a parasitic plant perched high up on the big trees.

When walking on the Kepler Track, look for oval fleshy green leaves on the ground, often a sign of possum browsing. Look up and you are likely to see a mistletoe plant ‘perched’ amongst the branches of a beech tree. Yellow mistletoe is found on the outermost branches of mountain and red beeches and its oval leaves have a red rim. At Dock Bay you can find both yellow and green mistletoe, whose tiny green flowers are pollinated by insects. 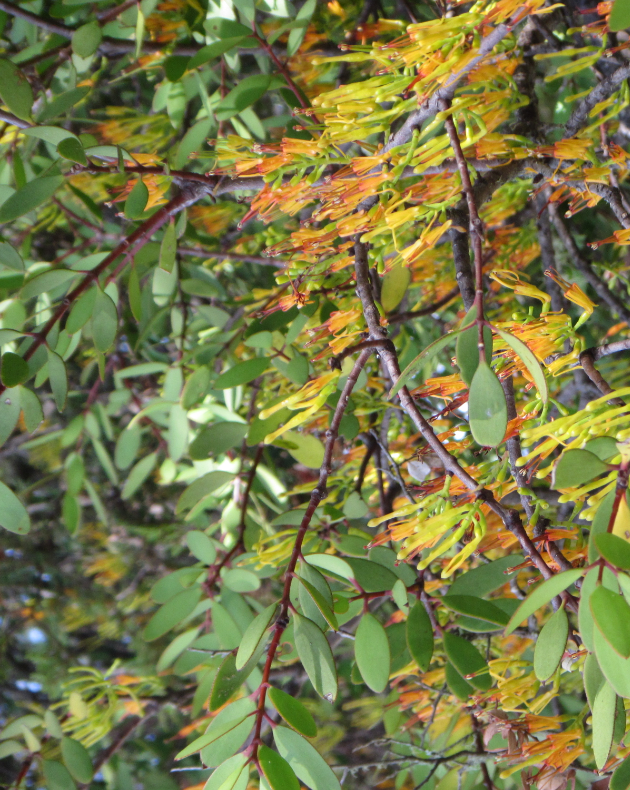 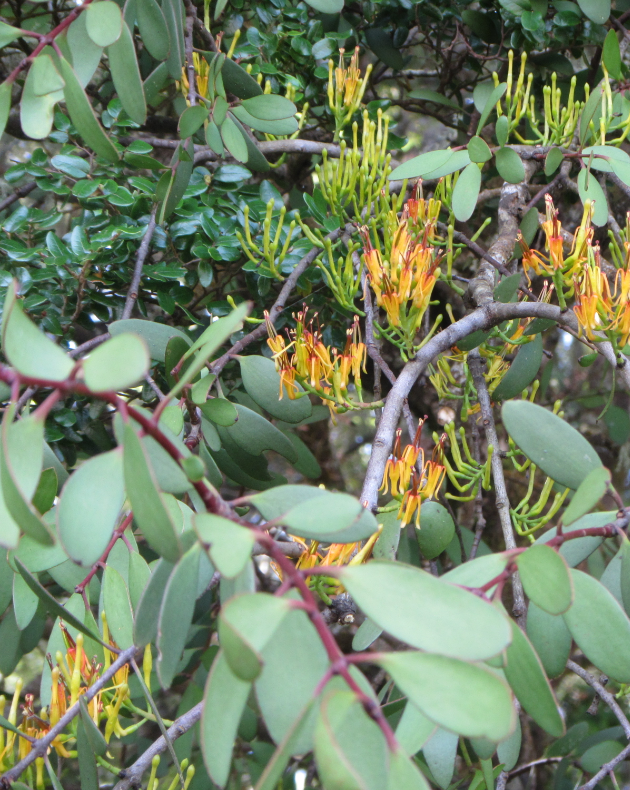 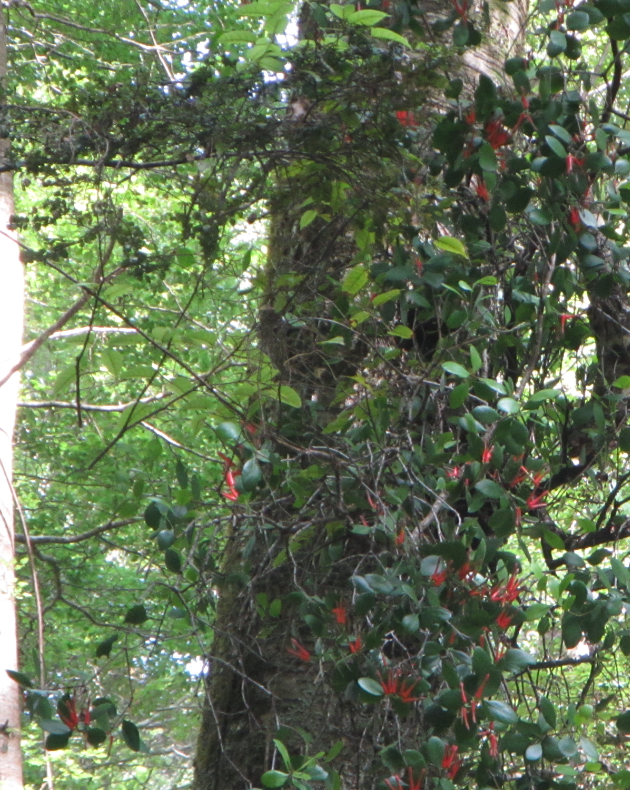