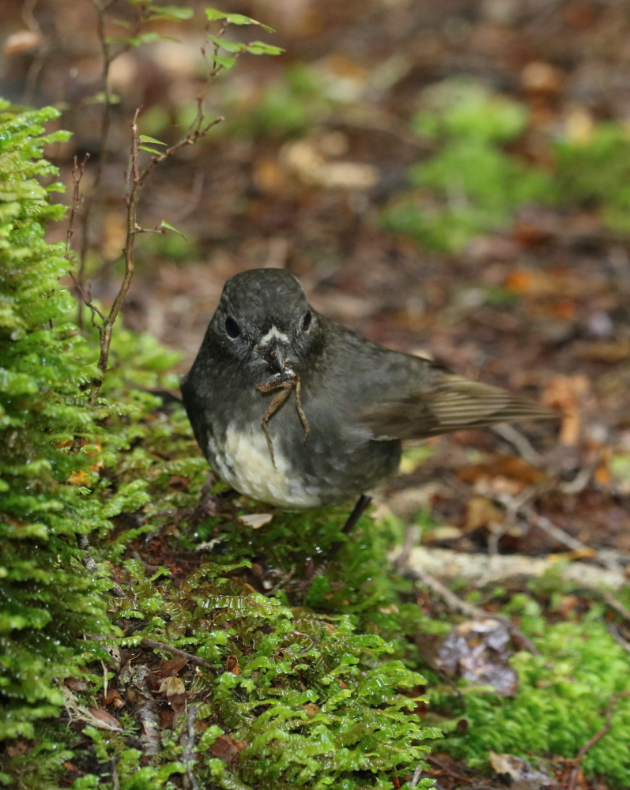 You are very likely to encounter robins while walking the Kepler Track. Toutouwai are very curious birds and will come really close to you. The reason they appear to be checking you out is not because they are interested in you, but because as we walk through the forest, we disturb lots of insects (the bulk of their diet).

South Island robins may be common in Fiordland, but they are at risk and declining throughout the South Island, meaning they could easily become threatened, if we do not help them out.

Ship rats, possums, stoats and feral cats are the robin's worst predators. Since the females are the ones doing all the incubating, and nest close to the trunk of trees, a significant number of females are killed in the night by these climbing predators. Many nests are sited against tree trunks, in trunk forks, at trunk-branch junctions or on epiphytes next to trunks, therefore easily raided by stoats and rats.

Robins spend much time foraging on the ground. Disturbing the leaf litter with your walking boots is usually a good trick to attract them closer for a good pic. The robins’ diet mainly consists of insects, though when they get the chance, they will happily gobble up some freshwater invertebrates and even native fish (galaxiids).

Every year, Y10 Fiordland College students carry out a freshwater study in a little stream running into the Waiau River, about 2 km downstream from the control gates' structure. There are a pair of resident robins there, and one time the male managed to snatch a native fish that had been accidentally tipped out from the container the students were collecting the bugs and fish in.

Robins use a variety of techniques to spook hidden or camouflaged prey, such as foot trembling, wing-flicking and tail-flicking.

Did you know that robins also eat small ripe fruit in Summer and Autumn, especially during drought, when fewer soil- and litter-dwelling invertebrates are available?

Some of the males observed during the last few weeks have been seen feeding and courting with their female. They pick up a bug and hold it in their beaks and bring it to their partner. Sometimes, if the bug is slimy (e.g. a slug), they will wipe it on moss to dry it.

Robins are also known to practice anting: a bird takes a bug in its beak and rubs itself under the wings with it. The insects secrete liquids containing chemicals such as formic acid, which can act as an insecticide, miticide, fungicide, or bactericide (to get rid of unwanted insects, mites, fungi or bacteria). Alternatively, anting could make the insects edible by removing the distasteful acid, or, possibly supplement the bird's own preen oil. Instead of ants, birds can also use millipedes or beetles.

(Information compiled by Nina, Y7 student at Fiordland College. Nina is monitoring three pairs of robins along the Kepler Track, where all photos below were taken) 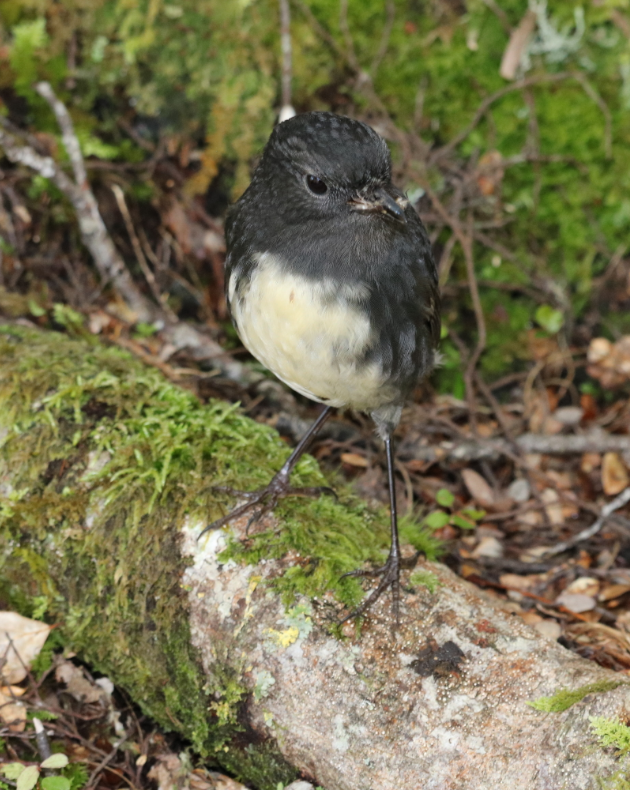 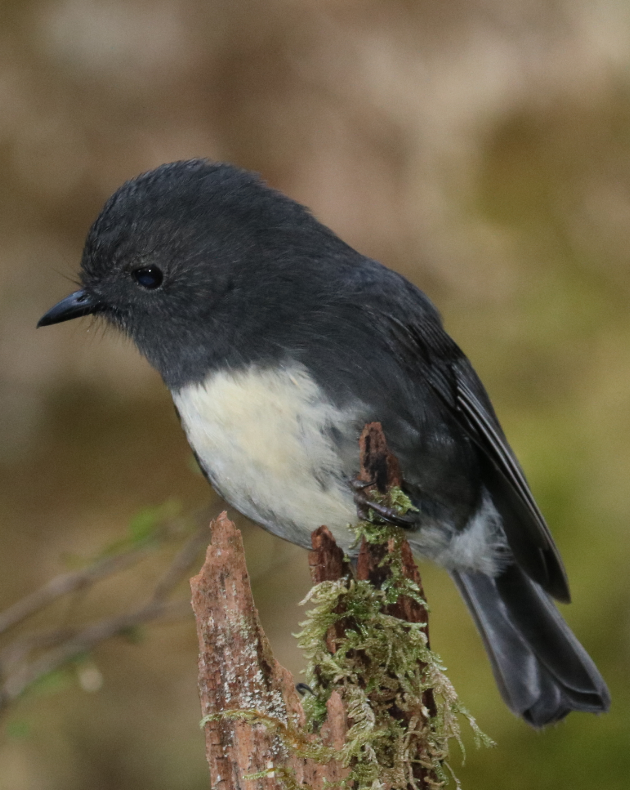 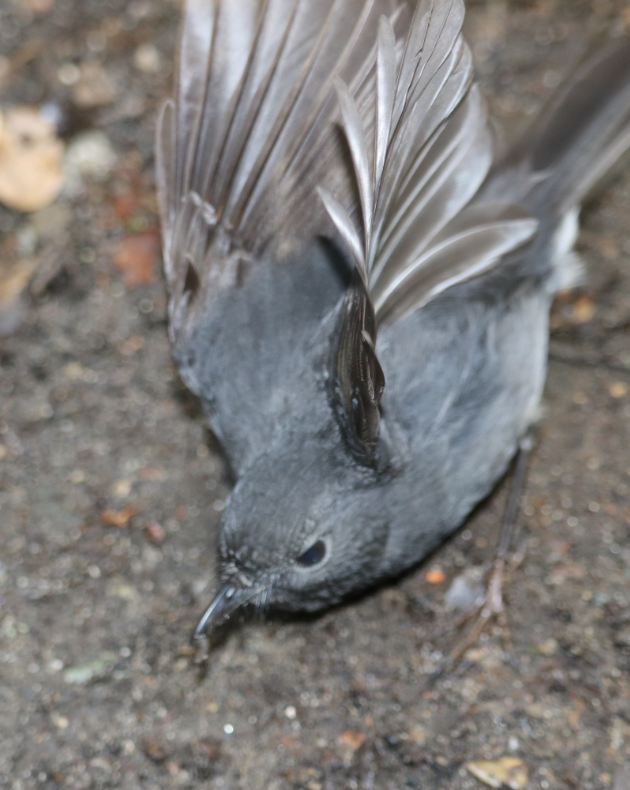 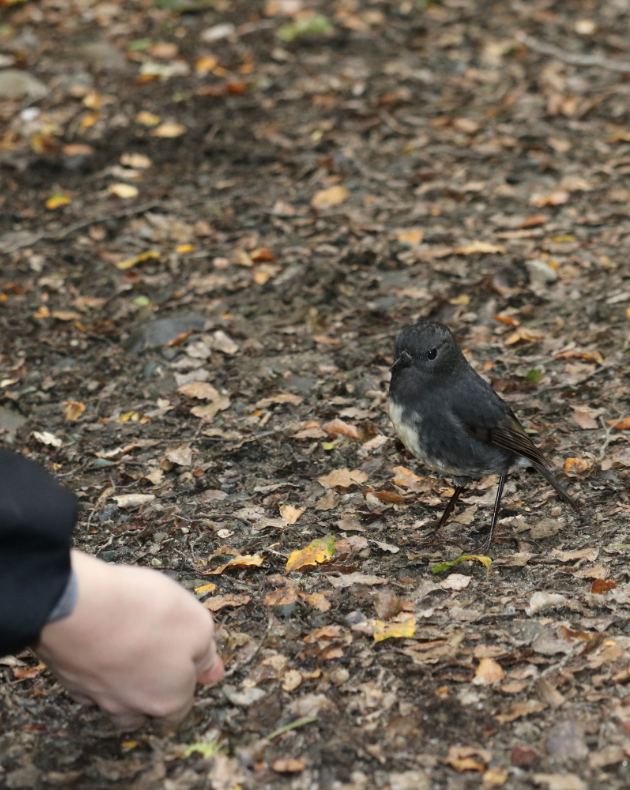 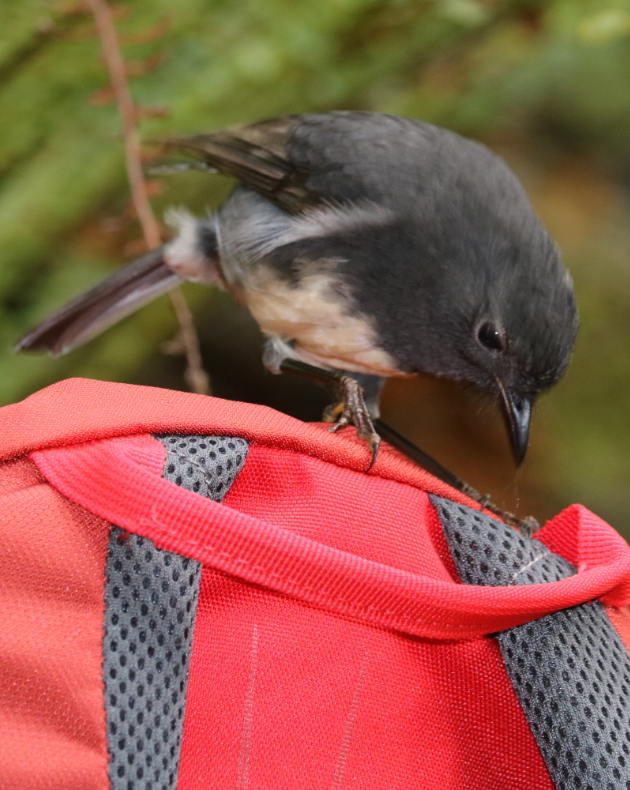 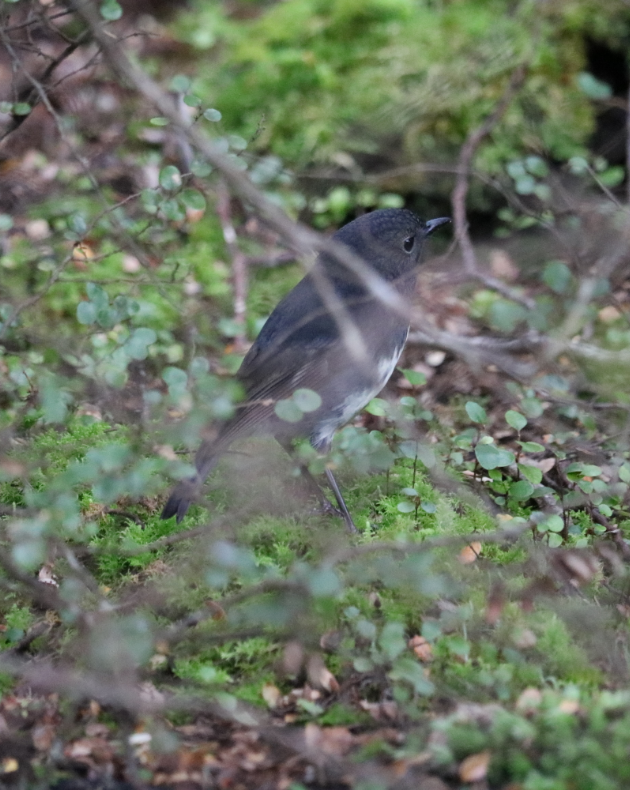