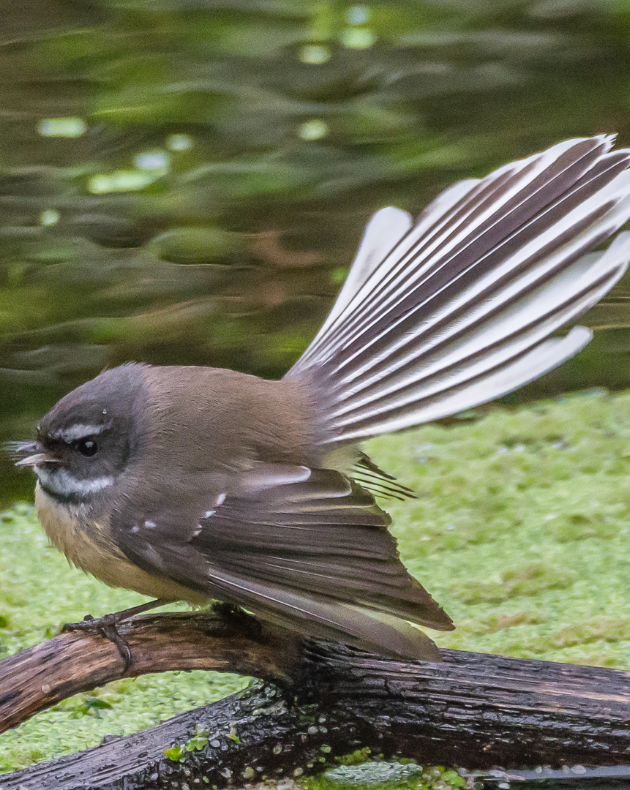 The first local animal in this series could not have been anything else but the fantail (photos: Anja Köhler).

The fantail was chosen as symbol and logo for the Kids Restore the Kepler project because of its inquisitive, lively, mischievous and very lovable behaviour.

Did you know that fantails are also found in forests from southern Asia to Australia and southwestern Pacific Islands, but the three subspecies named above are only found in New Zealand, and therefore are endemic?

In Māori mythology the fantail was associated with the presence of death in the world. Māui was convinced that he could eradicate death by successfully passing through the goddess of death, Hine-nui-te-pō. He entered the goddess’s sleeping body through the pathway of birth by taking on the form of an earthworm. The fantail, warned by Māui to be quiet, began laughing and woke Hine-nui-te-pō, who was so angry that she promptly killed Māui.

The fantail is one of the few native bird species in New Zealand that has been able to adapt to an environment greatly altered (changed) by humans. Originally a bird of open native forests and scrub, it is now also found in exotic plantation forests, in orchards and in gardens. Fantails have an altitudinal range that extends from sea level to the snow line.

Fantails are small and can manipulate their wings and tail to manoeuvre easily. This ability makes them perfectly adapted to catch insects whilst flying. Fantails mainly eat small invertebrates, such as moths, flies, beetles and spiders. Large prey is subdued by being held in a foot against a perch and then being repeatedly pecked. Indigestible portions, such as wings, are often discarded before the remainder is eaten. Small fruit are sometimes eaten.

Fantails appear very friendly when they perform their acrobatic flights around us. They are however not really interested in us, but in the insects we disturb whilst walking. 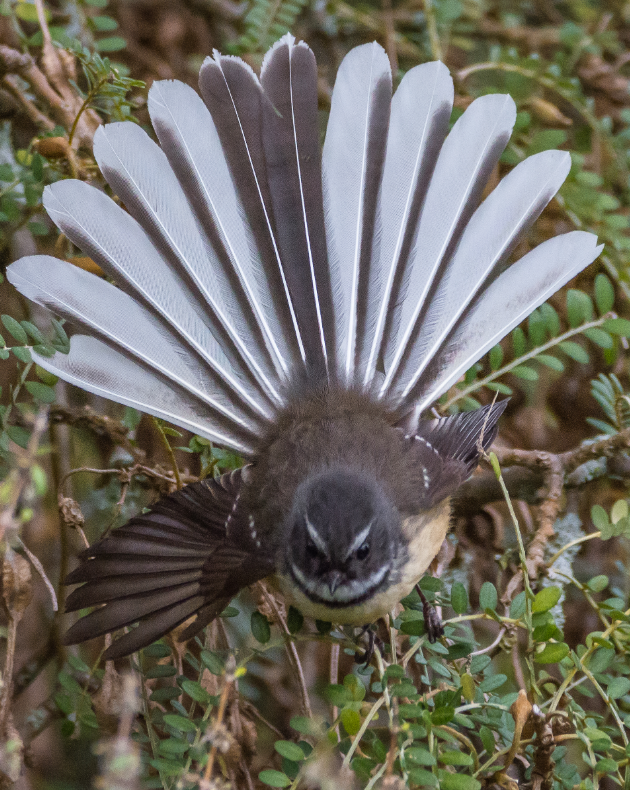 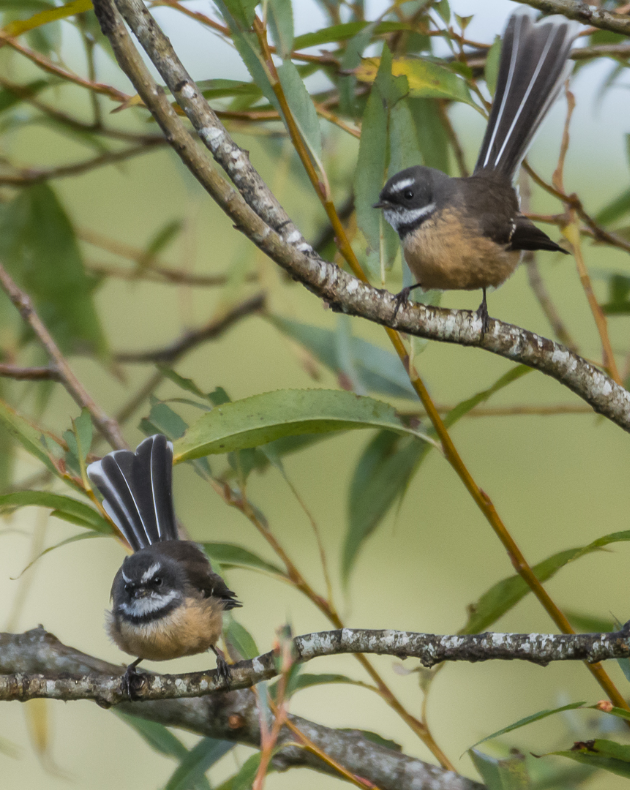 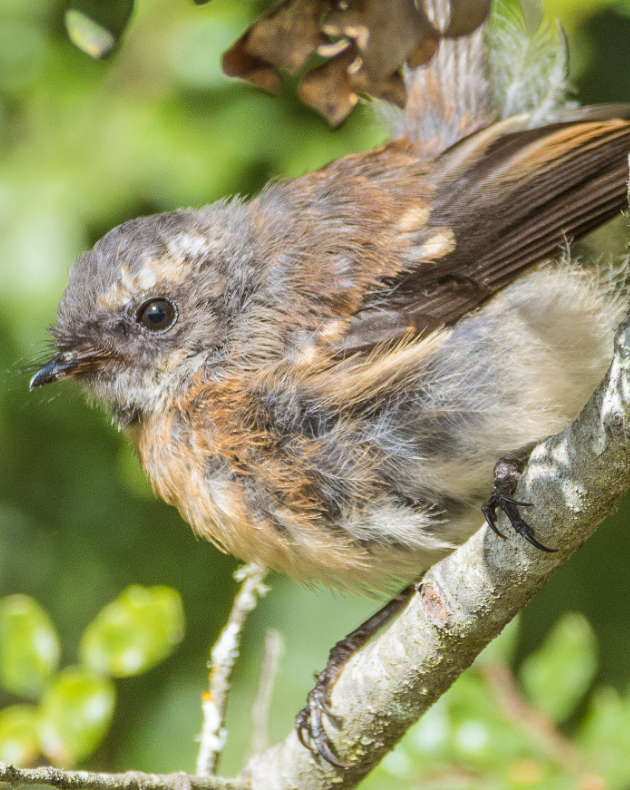 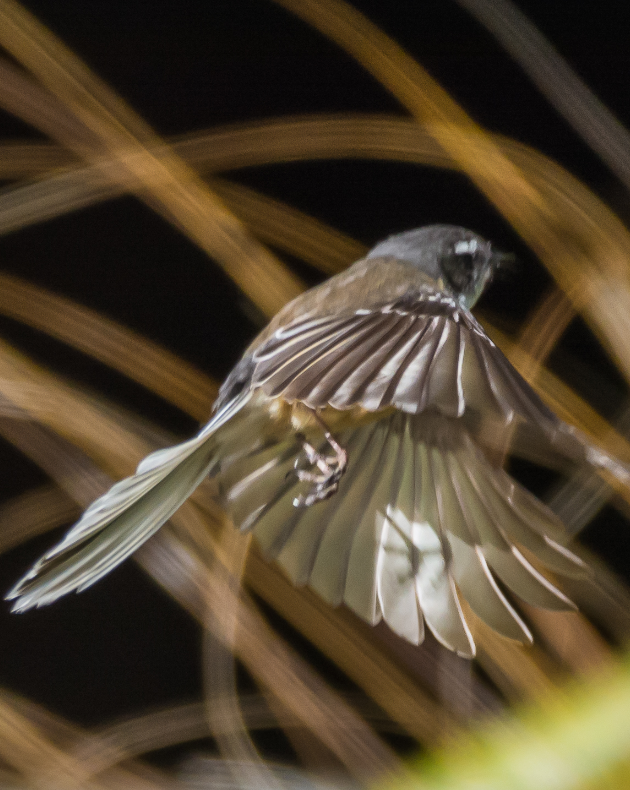 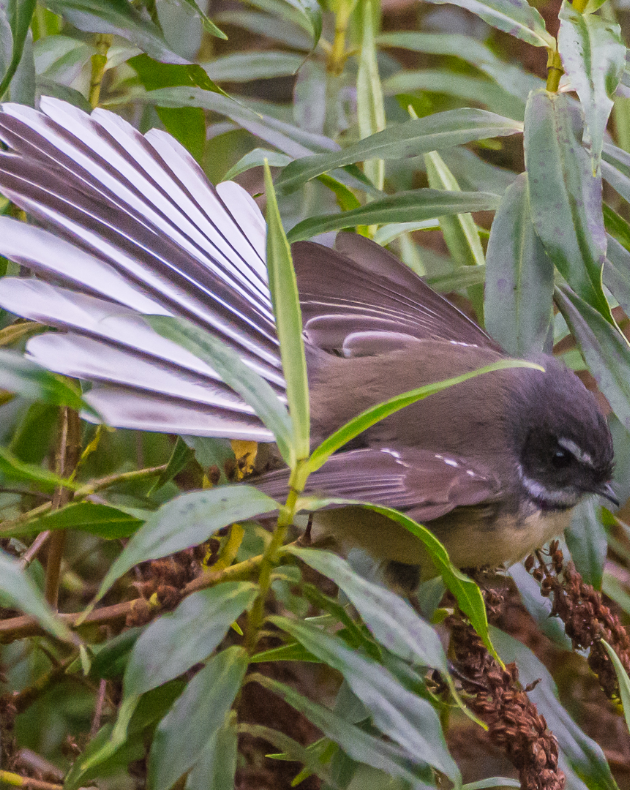